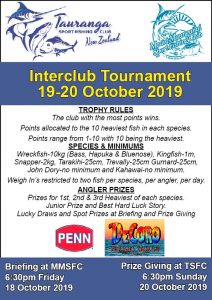 Its time to rally the troops, sharpen the hooks and sort the plan for the 2019 Interclub tournament with Mount Maunaganui.  This year the dates have been set as the 19th & 20th October with briefing on the 18th October at the MMSFC and prize giving at TSFC on the 20th September.

Now last year we did well thrashing the Mounties, but as we know that counts for nothing this year. As we know from 2017 losing the shield absolutely sucks,  so let make sure it doesn’t happen!

SO WHAT DO WE NEED TO DO  – Basically it’s straight forward…we need boats and anglers on the water and across the scheduled species.

We will be using THURSDAY CLUB NIGHT on the 17th as an opportunity to go over the species and see how many anglers we have.  Also we have a messenger group going so if you want to join this just let me know!

Make sure you clear your calendar for the 19th & 20th OCTOBER!!!!  WE NEED ALL OUR PEOPLE AT THIS ONE! 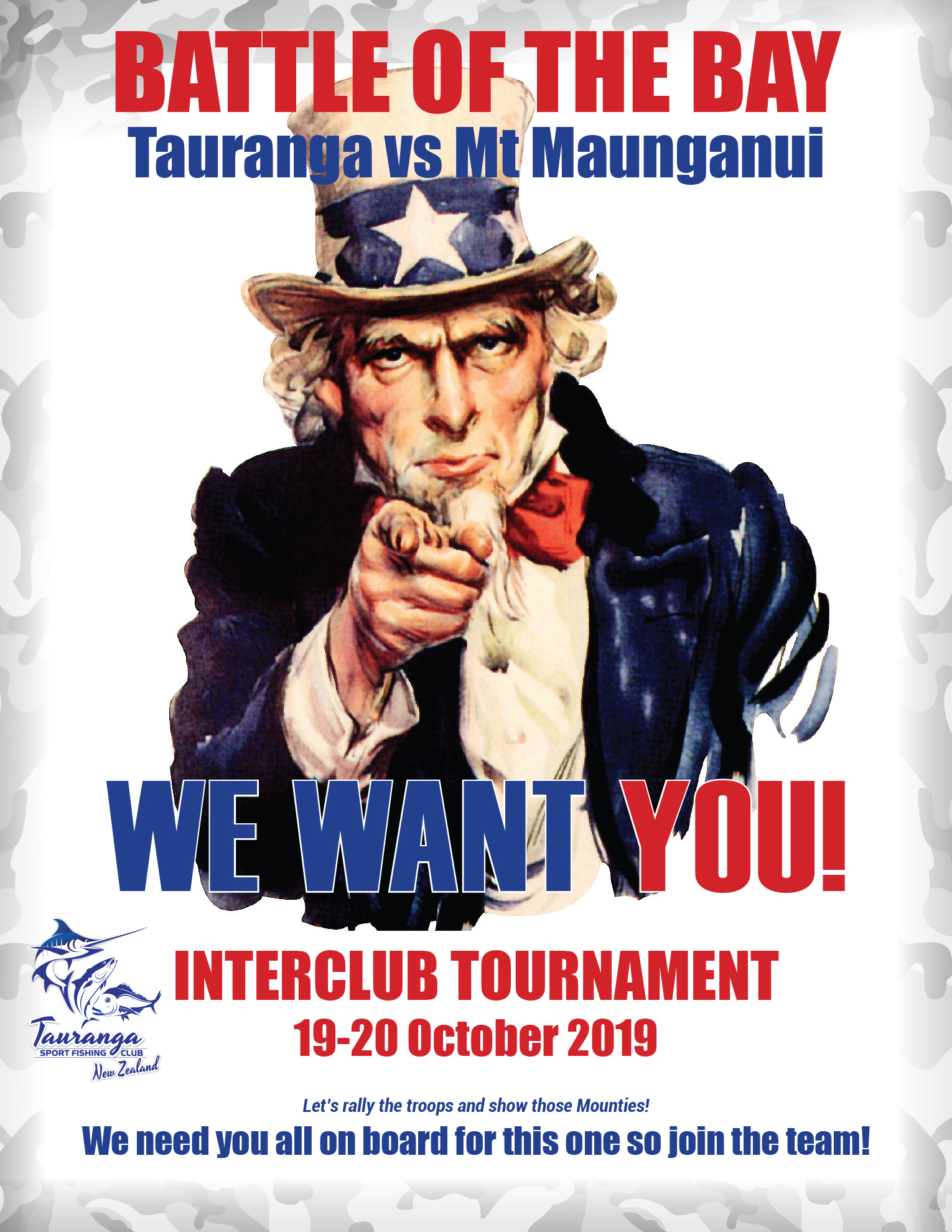