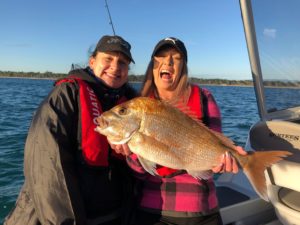 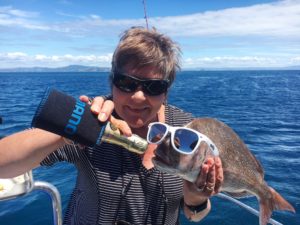 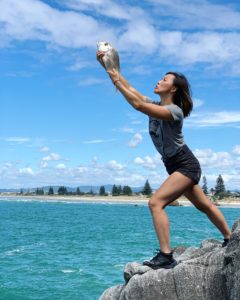 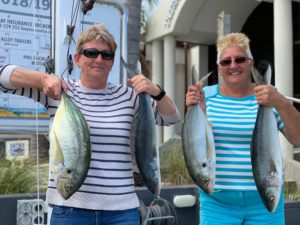 The Fish N Chicks Tournament rocked into 2019 with a brand new look with the team from Mix Up Concrete taking up the naming rights, and backed up by a host of other supporting sponsors the prizes year to year just keep getting better.  It’s true we like spoiling our ladies!!!

After last year’s event was confined to the harbour the weather was again threatening to keep us there for 2019.  Although the winds were only forecast for 14-16 knots after years of being familiar with the notorious Sou’Easter here in the BOP we know that even these winds can mean really uncomfortable conditions.

This year even given the average forecast 134 ladies turned out compared to 127 last year, and as expected the weather did play its part in determining where most teams could fish with the majority choosing to take shelter in behind Motiti or Mayor.  While the other half after testing the conditions outside the entrance decided the best option for comfort was in fact the harbour!  The fishing was again surprisingly good again for the boats that fished the early hours with some nice kahawahi, trevally and plenty of respectable snapper a few squeaking over the 2kg requirement!

This year the fish committee notified a couple of changes at briefing to offer more opportunity to the anglers due to the rough sea state by adding in trevally and kahawhai to the species schedule.  Also due to high seas this year trailer boats were permitted to leave from alternative ports rather than just the Tauranga entrance.  This rule change we hoped allowed smaller boats the flexibility to find more favourable conditions and stay safer.

This year there were almost 100 photo entries in the SPARK Business Hub HERO SHOT competition the three winning shots being standouts for our independent judges.  Well done to the team on Encore, Cascade and Deanna Yang taking out first place and the Iphone 8 with a creative off the rocks shot!  Check out all these out in our TSFC Fish N Chicks Facebook album!

Ocean Monarch did the hard yards again this year, by punching down to Waihau and being rewarded with a small blue marlin of 122.9kg and tagging a nice striped marlin.  While Elevar did well to fish the rough conditions also at Waihau to hook, play and land a magnificent 171.3kg blue marlin for Caitlin Holmberg, this one taking out the heaviest billfish category.

Team Kiwoz dominated the inshore trevally and kahawahi sections taking our all three trevally spots and first kahawhai, while the team on Optimus found the honey hole of big snapper the biggest 9.6kg going to Tamia Simons.  While once again the ladies off Okura 2 showed they are the kingfish specialists to beat taking out the top two spots with a 13.2kg to Jill Marsh and a 13.02kg for Shirley Waterhouse.

Prize Giving was a hectic affair with 15 entries in the Roll N Roll themed fancy dress “quick fire run way” competition.  It has to be said everyone looked amazing and the judging to be honest was a bit of a lottery as it was that close! 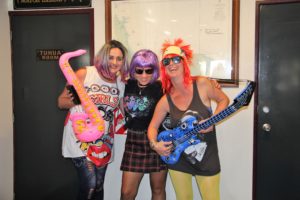 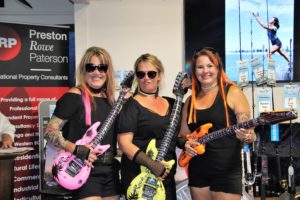 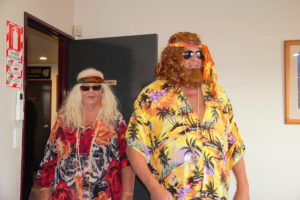 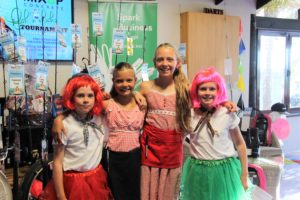 We had also an amazing response to our Top Skipper and Deckie stories, in fact there were too many to get through at prizing giving, but thanks to the Free Flo ladies who were good enough to take the mic and present their poems! Thanks to adult World for the prize packs also, perhaps not what the Skippers and Deckies were expecting… LOL’s!

The new band for the club SHABANG rocked the party until the early hours (for those that still had energy!) and big props to our bar and kitchen crew who kept the food and bar flowing.

Finally a special thanks also to our Fish N Chicks Committee (Jess Milnes, Heather Groundin, Louise Stewart, Kristen Zaloumis, Alana Duncan) who did a spectacular job of gaining sponsorship and promoting the tournament this year! Lastly a massive thanks to all of the ladies that competed this year, you were all absolute stars, and finally the biggest thanks to all of our sponsors who generosity make such events possible!  Can’t wait until next year…bring it on!